Strolling through the Poviat of Tomaszów, we will find sites reminding of the visits of Polish kings and Russian tsars, historical traces related to the industry development in Tomaszów Mazowiecki and numerous historical military sites. 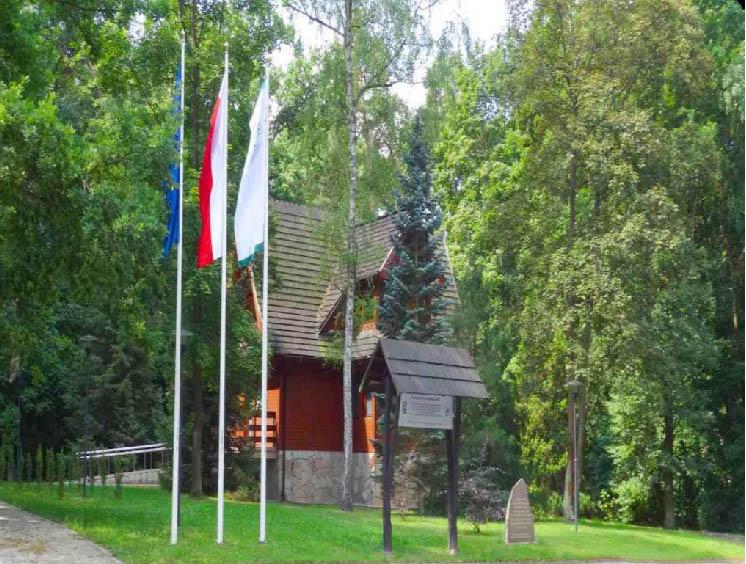 It is a tribute to foresters and wood workers, as well as their family members killed in battle during World War II. This symbolic House of Memory is a presentable forester's house, erected in 1983. Near it, there is an obelisk by Zbigniew Władyka, a sculptor from Łódź, showing a forester, unveiled in 1982. The House of Memory is composed of several rooms fully open to visitors. The central room here is the Tribute Room. Its central exhibits are urns with soil from World War II battlefields.

A complex of Nazi bunkers on the Pilica river 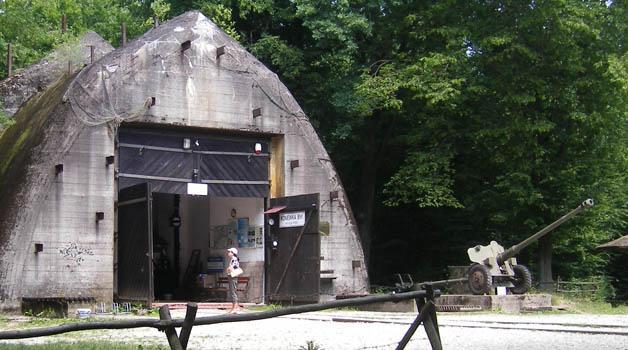 A complex of bunkers in Jeleń – Near the Village of Jeleń, there is a true treat for all World War II buffs, i.e. a complex of German bunkers called "Anlage Mitte" (in English command post, area center). The bunkers are well preserved – note that they were built in 1940. Today, they are overgrown with moss, making them difficult to find.

The Main Exhibit in the Complex in Konewka – a reinforced concrete bunker, a shelter, 380 m long, with the pointed arch 15 m wide at the base and 9 m high, where there is a railway track between concrete platforms, enabling entry of a whole train. Along the main tunnel, there is a branch one, divided with gas-tight doors into a series of small rooms. Beside the railway shelter, there is a complex of technical shelters erected, housing a boiler room, ventilation devices and a power system. The said facilities were connected with the railway shelter by means of three underground technical tunnels. The complex also comprised shelters housing a water pumping and treatment station, as well as process water reservoir and chill unit.

The completed facilities were covered, preventing detection from the air, with wooden, felt-covered roofs, and the railway shelter was concealed by means of camo nets and fake trees. The area was surrounded by double mesh and barbed wire fencing, and also, most probably, by minefields. In 2006 the tourist route called "Bunker in Konewka" was awarded a certificate of the Polish Tourism Organization, granted to the best tourist products in Poland. 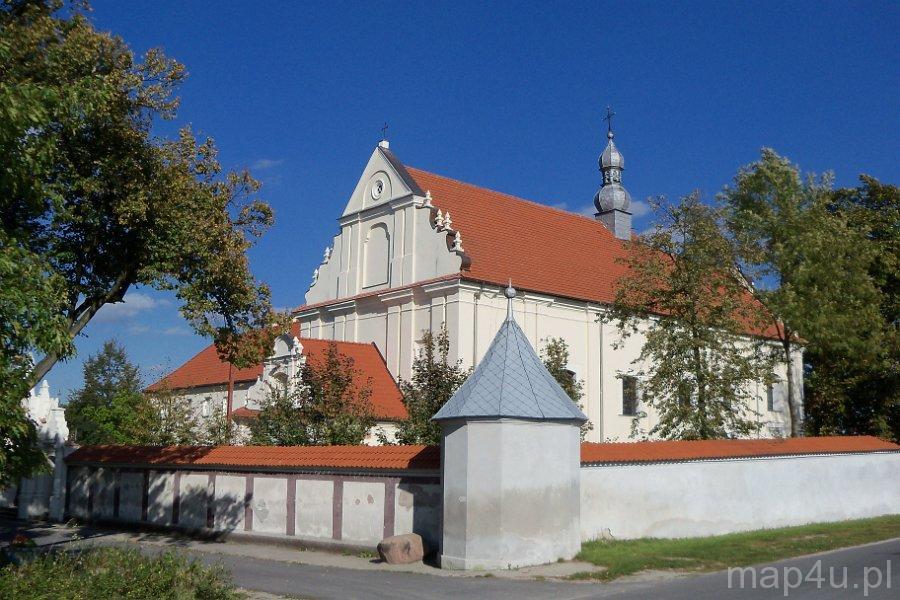 A seventeen-century complex of Franciscan monastery buildings, considered a pearl of Baroque. The monastery was erected in 1722–1746, thanks to the Bishop of Cuiavia, Krzysztof Antoni. During the project, the church was enclosed with a wall as well. It was then that the altar with the miraculous painting of the Virgin and Child with St. Anne, dating back to the 1st half of 17th century, was founded. It is framed with two side altars, featuring sculptures and historic paintings. The church houses eleven Baroque altars altogether.

Palace Complex of the Ostrowski Family in Tomaszów Mazowiecki 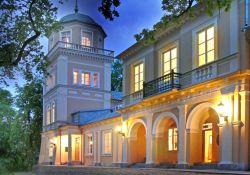 It was erected in 1812 by Count Antoni Ostrowski, based on a romantic Classicist design by Lessel, designed for a summer mansion.

Castle of Casimir the Great in Inowłódz 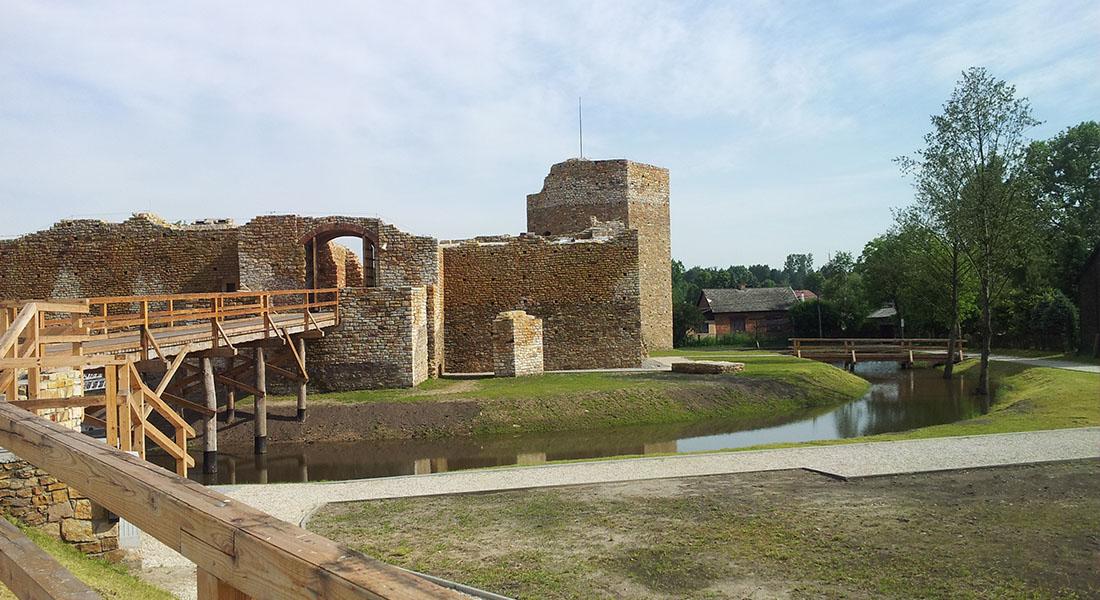 This Gothic fortress was erected during the reign of Casimir the Great. Its construction dates back to 1356–1370. The castle is situated in the Pilica river valley, in a site with natural defense values, at a trade route. It secured the customs chamber and the Pilica crossing. The structure is made from local rusty-brown sandstone, on a rectangular plan with the area of about 1,500 sq. m. The complex is surrounded by a wide moat, supplied with the Pilica water thanks to a dedicated ditch. Within the walls there was an L-shaped building and two towers. The castle was conquered and irretrievably damaged during the Swedish Deluge. Today, only the foundations with some remnants of cellars and towers, and the moat traces are preserved. In 2005, works were started to extend, as well as partially adapt and reconstruct the castle ruins . The conserved castle ruins, following a partial reconstruction of selected wall sections as well as adaptive and renovation works, will play educational and tourist-attracing roles. The project completion was to take place in late 2012. The ceremonial hand-over of the reconstructed castle ruins for public use took place on 15 June 2013. 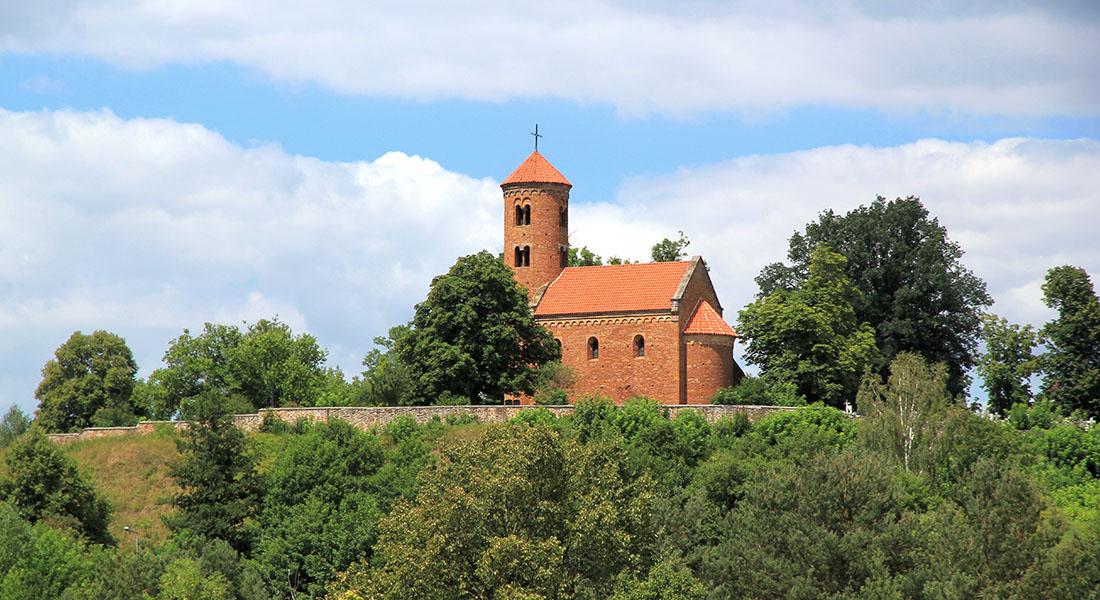 St. Giles Church in Inowłódz: a Roman fortified church dating back to late 11th century. One of the oldest temples in Poland, founded by Władysław Herman. The church is situated at the Roman route. The high hill where the temple is located offers a wonderful view of the Pilica river valley. 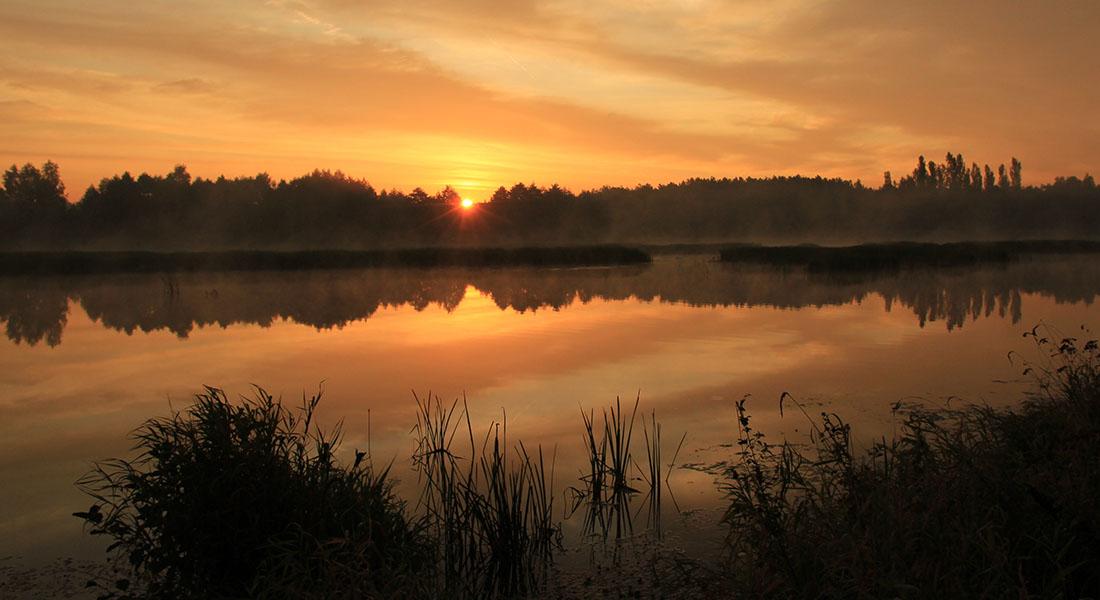 The Pilica River Open-air Museum is the first open-air museum in Poland devoted to a river. Here, we can see buildings unique both with respect to their history, designation and architecture. The buildings and exhibits are divided into the following categories: Water milling in the Pilica river basin, War trophies of the Pilica river, the Pilica river axis, Relics of historical Spała and Folk rowing and boatbuilding. 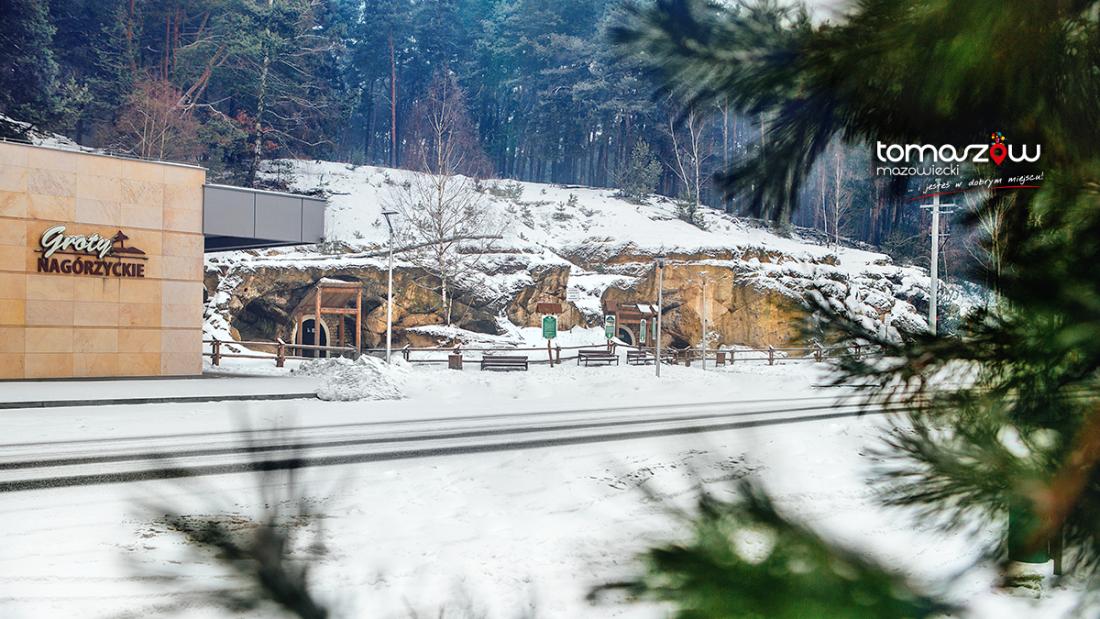 Nagórzyckie Grottoes are excavation sites of a former sand mine. There is a tourist route 160 meter long created here, covered with a guide. During a walk along a lit gallery, the visitors admire the underground space and exhibitions related to the history and legends of this place. They include e.g. miner dummies and a devil of Nagórzyce. The visits to the grottoes are enriched with light and acoustic effects.

In all rural communes of the Poviat of Tomaszów, there are vivid traditions of folk crafts, including but not limited to braiding, paper decorations, embroidery, weaving, lace making, paper tissue decorations and wood sculpting. In the poviat, there are many interesting folk events held, where you can taste local dishes and see some local craft artifacts. 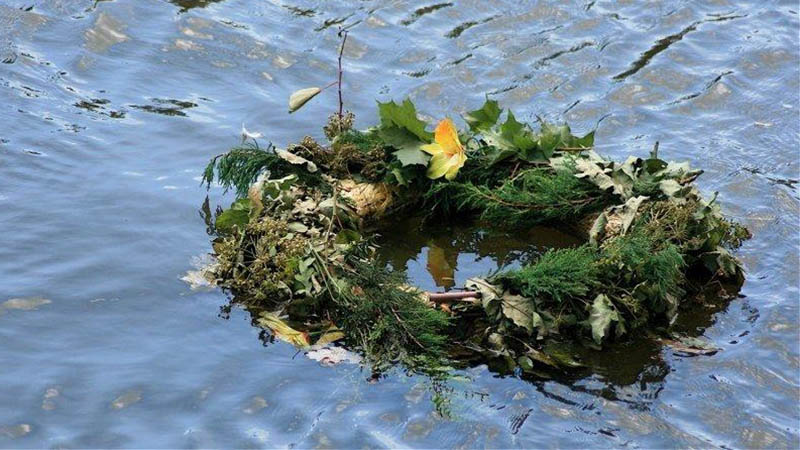 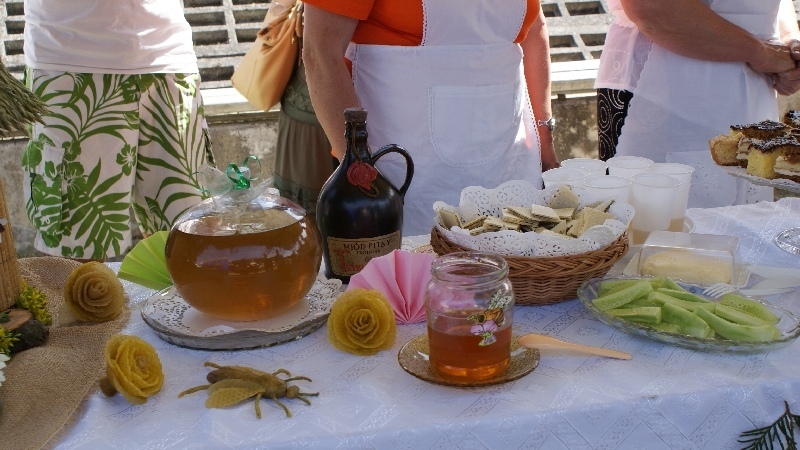 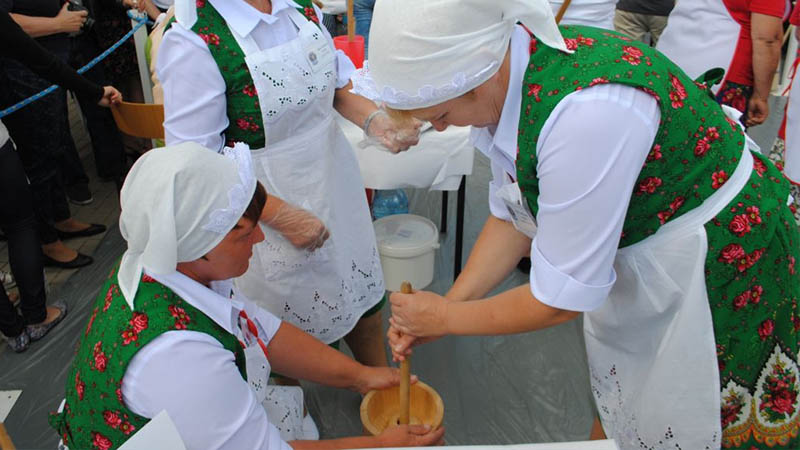 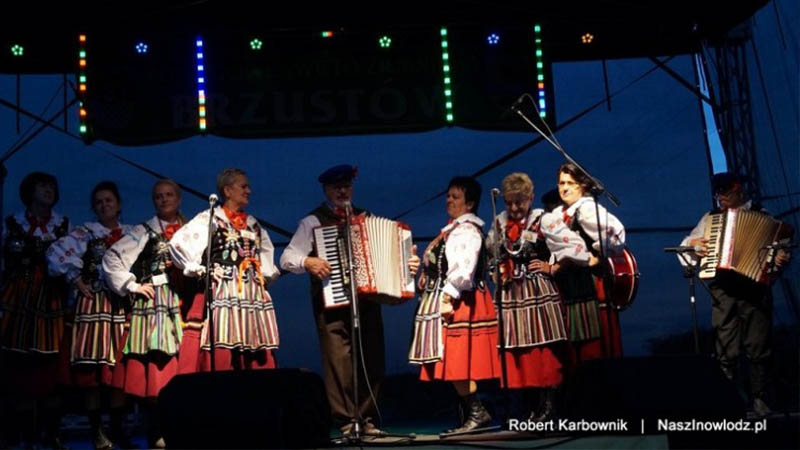 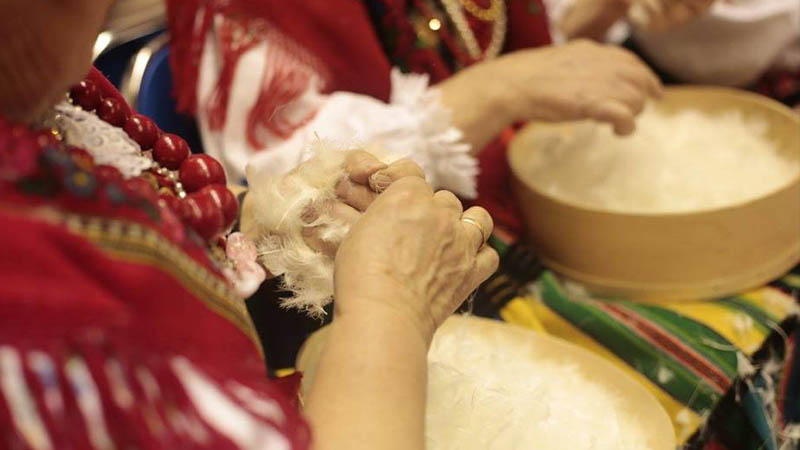 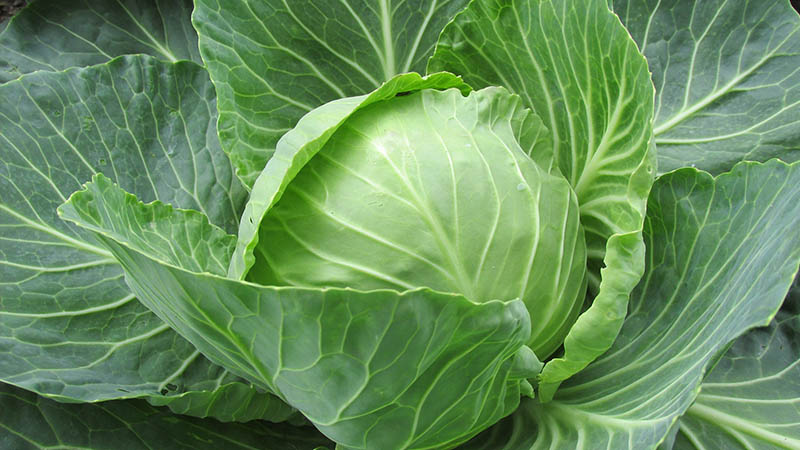 Do not hesitate to check our up-to-date investment offer in the following locations: